New York-Going through a storage locker the other day, I dug up a lot of stuff from my personal archives in the early post-9/11 period. I collected lots of odds and ends back then thinking they’d be of historical import down the road. Here we are a decade on and its interesting (at least to me) to reexamine this stuff. Here are scans I made of magazines I collected in 2001-2002.

I believe it is important to collect and document these artifacts in time where we are inundated with so much media and where attention spans seem to be ever shortening. Each new global crisis feels like it obfuscates the previous one. It is almost as if the Arab Spring replaced the global financial crisis (such an inarticulate term) which replaced the terror wars.

This is a visual record of an indelible post-modern tragedy. 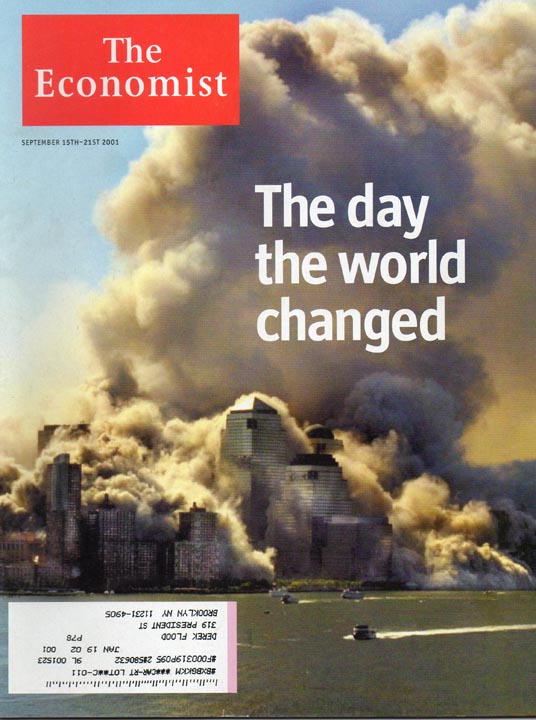 This very dramatic title epitomized the mood at that moment. There developed an extreme dichotomy at the time between what were referred to as “the everything changed-ists” versus the “nothing changed-ists.” But don’t judge a periodical by its cover. The bulk of this issue was in fact not dedicated to 9/11, just the first few front articles mostly. Whereas a New York area periodical would have been entirely dedicated to 9/11, shutting out the rest of the news cycle save for perhaps speculating about Afghanistan. 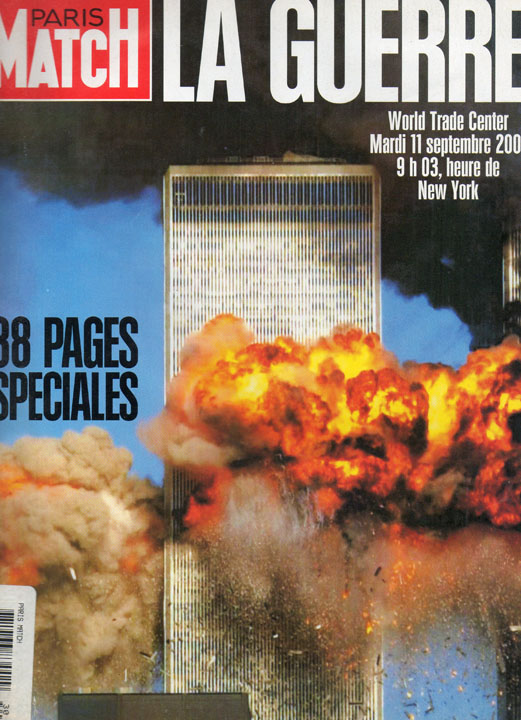 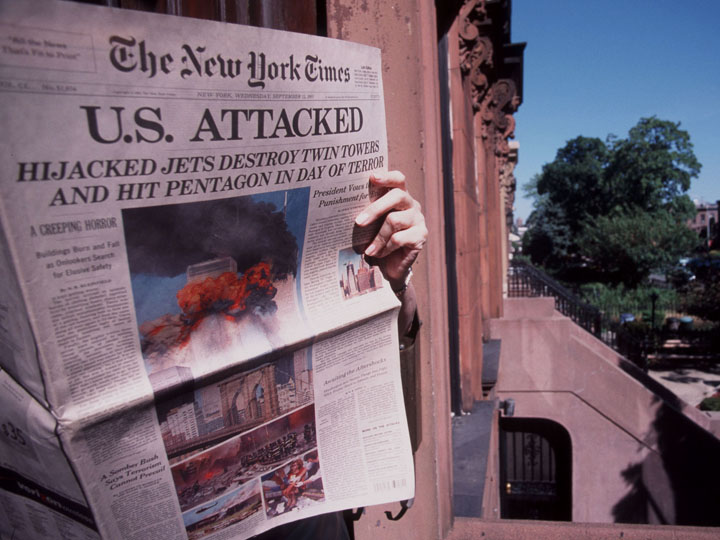 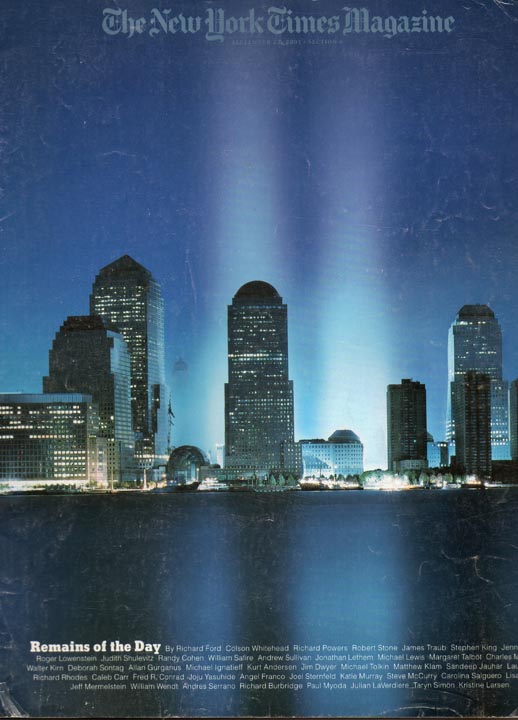 The September 23, 2001 New York Times magazine titled “The Remains of the Day.” A gorgeous, stark illustration of collective loss. 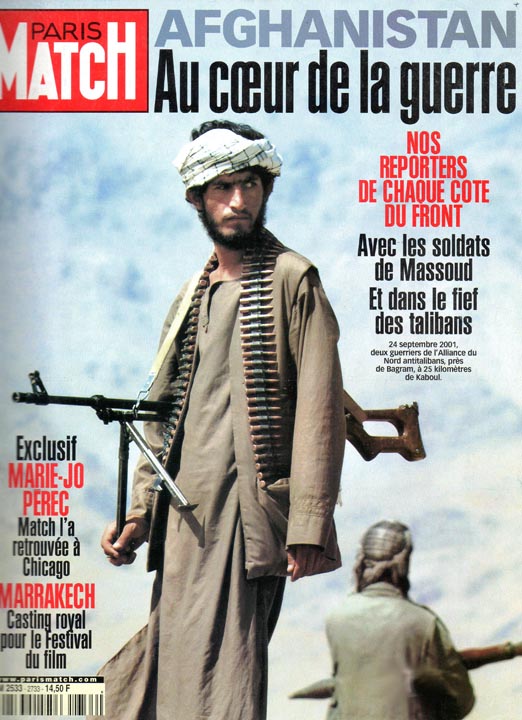 The October 11, 2011 edition of Paris Match “At the Heart of the War” featuring a Jamiat fighter on the front line at Bagram, Afghanistan. World media attention began to shift away from New York and toward Afghanistan when the bombing there began on October 7 of that year. 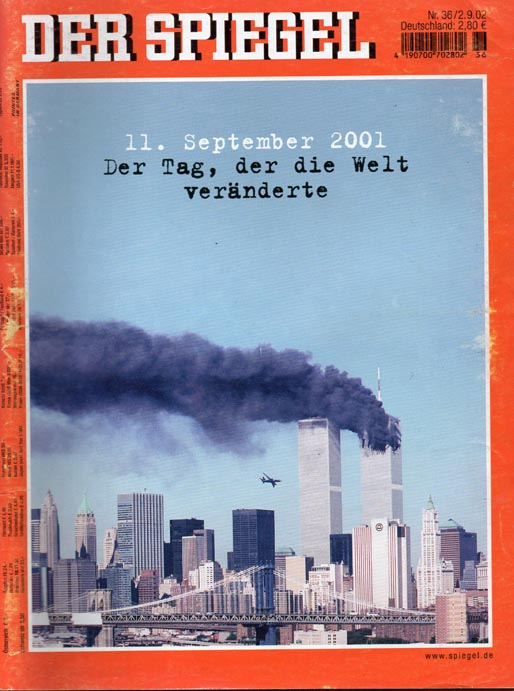 The September 2, 2002 edition of Der Spiegel titled “The Day that Changed the World.” I got this issue and the Stern below as I was leaving Hamburg, Germany after investigating the lives of the Hamburg cell led by Mohammed Atta in the Harburg district. 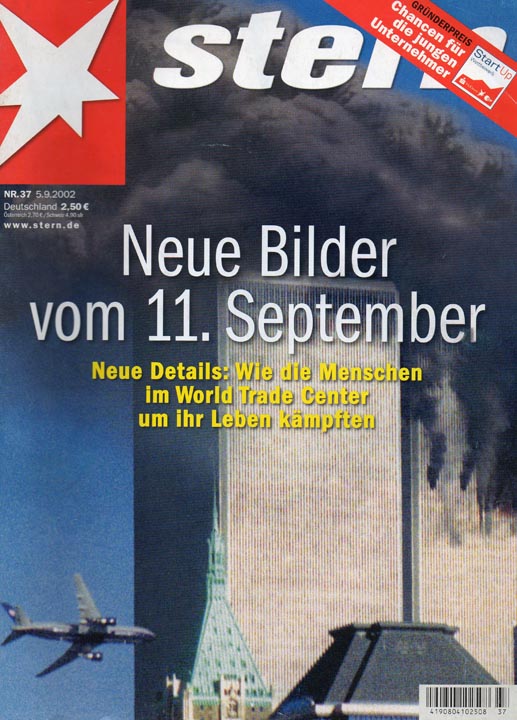 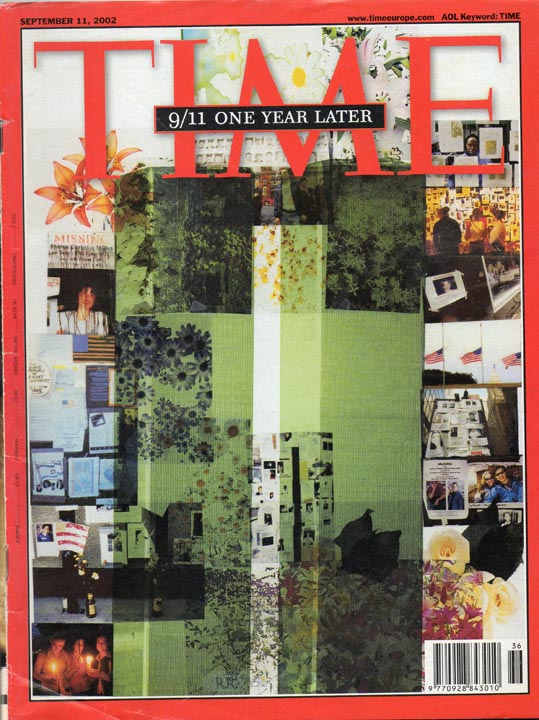 The September 11, 2002 edition of Time Europe. I took this from my flight from Hamburg to New York as I was returning home to document the first 9/11 anniversary. 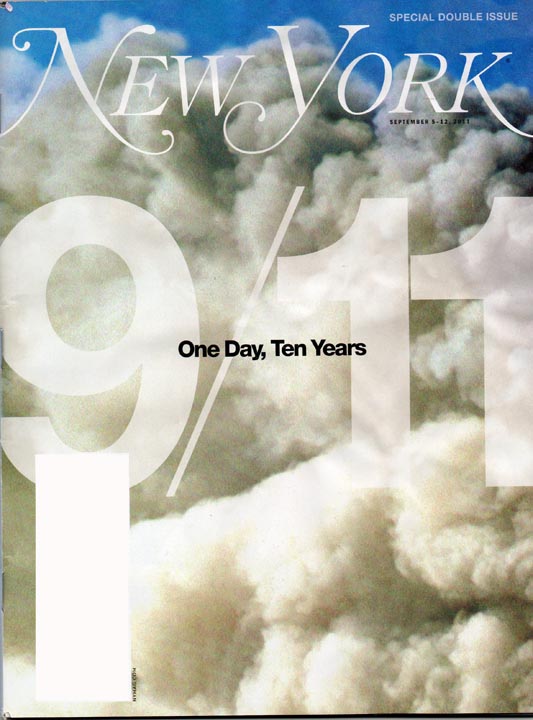