Barcelona- Partly out of boredom and partly out of the itch to simply create something new out of old, I threw together this photo montage over the weekend. In this era of digital photography where one shoots thousands of frames rather than analog hundreds, I was reflecting on how almost all of the images I make will never see the light of day in this regard. I put this video together in a largely random fashion with images that have been just sitting in my laptop for years. I put the photos in the order they came to me as I grabbed them one by one from various folders containing my view of many of the biggest news events of the last 10 years.

Interspersed with them are much more sublime moments of everyday life around the world. An elephant in Thailand, an aged priest in Ethiopia, a glitzy office tower in Manhattan. This has been my reality and is our collective reality. Globalization and social networking simultaneously accelerate worldwide travel and technological integration while hyper compartmentalizing our lives. We speak more so to only those who we want to and listen to those with whom we already agree. 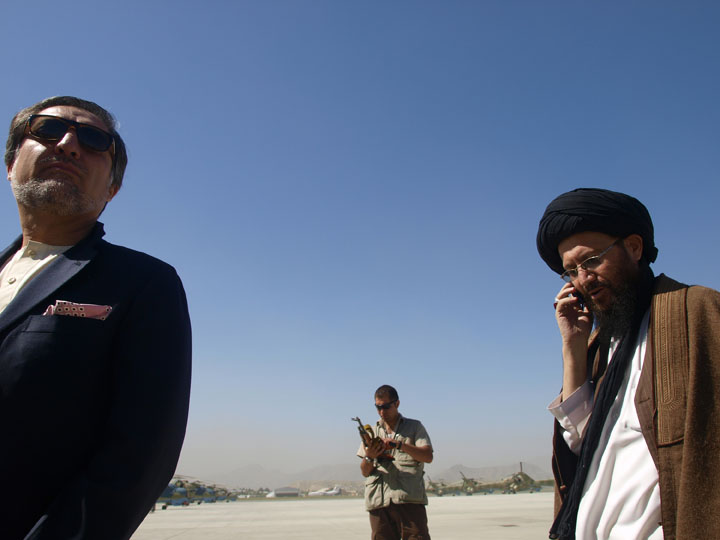 Dr. Abdullah Abdullah preparing to depart for Ghazni province with the Afghan airforce to campaign in remote ethnic Hazara villages. Abdullah was the leading opposition candidate challenging President Hamid Karzai in the August 2009 elections. On the right stands a Shi’ite Seyyid accompanying him to Shia population centers for campaign credibility. ©2009 Derek Henry Flood

No one knows just where any of this is going. Billionaire fraudsters suddenly imprisoned, social revolutions springing up from seemingly nowhere (though not quite), calcified dictatorships counted on for decades in the interests of “stability” suddenly crumbling to pieces, it seems as if the entire world order is in question. 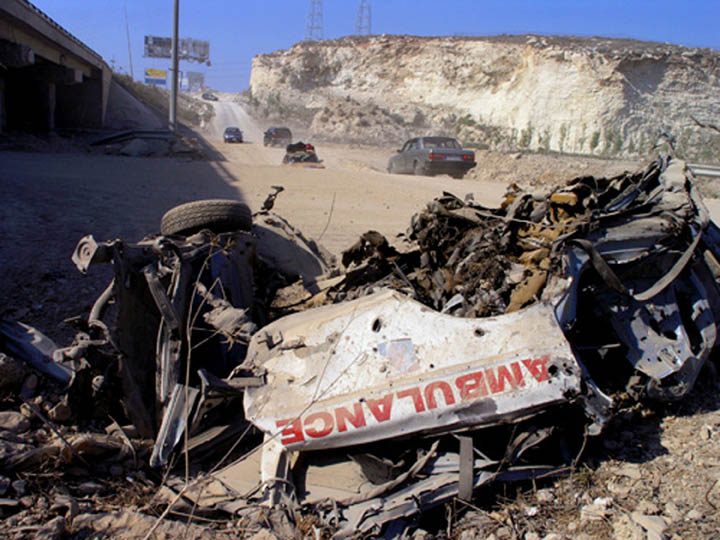 No grand conspiracy here, just plain, old awful war. On August 15, 2006, a Lebanese ambulance lay destroyed by what appeared to be an Israeli missile strike (quite possibly a drone strike or SPIKE anti-tank missile) outside of Sidon in southern Lebanon, an irrefutable violation of the Geneva Conventions on war crimes. Pro-Likud right-wing bloggers would dare say scenes like these were part of elaborate false flag operations by Hezbollah or photoshop masterpieces by left-wing or pro-Hezbollah journalists meant to demonize the Israel Defense Forces. This ambulance was not part of the so-called “ambulance controversy” nor am I aware that this particular wreckage appeared anywhere in the international media at the time.  ©2006 Derek Henry Flood